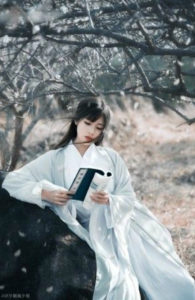 41. Great Music Flows from Simple Notes
When you hear of the Tao,
You need to immediately practice it.
When normal people hear of the Tao, They may hold notice of it from a distance. When unconscious people hear of the Tao, They laugh and dismiss it.
The dismissal by unconscious people Is what makes it the Tao.
The ancient wisdom says:
“The way to enlightenment looks dark.
Going forward often means going backwards.
An easy path seems hard at first.
The greatest usefulness can often seem useless. Strength looks like weakness to the untrained eye. Great music flows from simple notes.”
The Tao is everywhere, but appears nowhere. It is the foundation of all things,
Yet very few ever find it.

From the Alchemist’s Tao Te Ching, by Andrew McCart 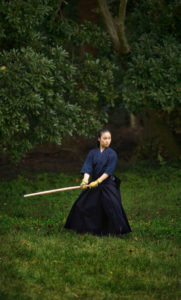 The microcosmic orbit is one of the most famous Taoist practices, but it was, purportedly, one of the most closely guarded and secretive practices. Legend states that students would have to train with a master for years before they would reveal this secret technique. Fortunately, I learned it in one of my first Taoist lessons.
The basic premise of the practice is to balance the hot and cold energies of the practitioner. In most people, there is too much energy somewhere in the body. This might be in the head from too much mental activity, in the heart from too much emotional activity, or in the sexual centers from too much sexual activity or desires. Similarly, there can be a deficiency of energy in each of these place due to too much of the associated activity.
Like the pattern of nature, Taoists seek to have balance throughout the system. The microcosmic orbit promotes balance within the body by mixing the hot and cold, or yang and yin energies. The orbit is comprised of two of the main energy meridians of the body.

From The Alchemist’s Tao Te Ching, by Andrew McCart