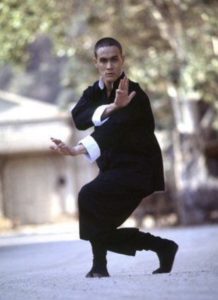 Monitoring Your Physiology for Feedback

I used to live thirty to thirty-five minutes away from my workplace and I thought I enjoyed it. Every morning when I would come in to work, I would just try to zone out, and I thought, “Oh, the drive’s not bad, there’s usually no traffic.” But, I started measuring something called my heart rate variability. Athletes will wear a heart rate monitor that connects to an app on their phone. The app tells your heart rate variability and mostly I would do it in the gym. At one point, I was working with a gentleman that asked me to put together some material on daily activities such as reading, meditation, and television. I was monitoring my day to see when that heart rate variability went up and down. I found that reading was a certain heart rate level, which was very relaxed. Watching violent detective shows was a different level. I had it on while I was doing everything, this heart rate monitor. I looked at it one time and it skyrocketed during the end of one of these detective shows. They were having a gunfight for about ten minutes. I was just sitting in a recliner watching this show and my heart rate was out of control during that time, during those last ten minutes.

Sometimes, I watch Netflix after my wife goes to sleep. One night, there was a car race with Pablo Escobar and some of his friends on the screen. I was watching this and she says, “Is everything okay? You’re breathing so fast!” I didn’t even realize I was doing it.

Back to driving, in our cars, we think, even if it’s not a lot of traffic, it’s not very stressful, driving can have unhealthy physical responses. The numbers don’t lie and certain activities have a negative physical impact on you.

Another success strategy is to try to look at life in more of an upbeat way. Something that gets people down is that they’ll feel lonely a lot, they will feel disconnected. I heard a speaker say one time that “here’s the world and everything in it;” his community and his town, and his family, and then he’s over here—apart from it all. He went on to say that he is the one that caused it to be that way. He just felt separate from everything out there. Maybe you feel that way sometimes. Try to find ways to connect with others, even just exchanging conversation at the grocery store, or getting to a coffee shop or class early, putting your phone down, trying to connect with other people. Go to meetings at work and try to just be more involved. You can get into community functions, volunteer, call a friend or relative you miss, take a class.