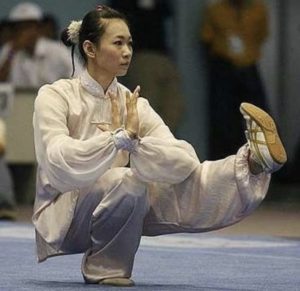 The first part of the Healing Tao system, the basic meditations, were so helpful for changing my emotional attitudes. They also helped my physical body by strengthening it and getting me out of my mental body. Bringing energy down to my physical body, having some awareness of all this wondrous information that’s being exchanged, these feelings, these sensations, and this consciousness that’s alive in my body was transformative.

The Healing Tao basics, the Inner Smile, the Six Healing Sounds, and the Microcosmic Orbit were the first practices I learned and they provided profound benefits. The Inner Smile is a way of kind of going through a checklist of your internal organs, bringing your awareness to each one, thanking it for the work that it does, and understanding the way it feels.

The Six Healing Sounds are a way of breathing to release and exhale trapped energy by exhaling emotional patterns. It’s reallt a process of releasing heat, cold, and stagnation from the body. Left unchecked, these energies can lead to more serious disease.

The Microcosmic Orbit is a way of connecting the two major energy channels of your body. One channel goes up your spine and one channel down the front of your body in a loop. The microcosmic orbit goes through point-by-point opening up the different portals of energy around those two channels. Eventually you’re connecting them and moving the energy through so that you’re not too hot in your head and not too cold in your lower organs; such as your kidneys, bladder, and reproductive organs. You’ve actually got a lukewarm energy going throughout. 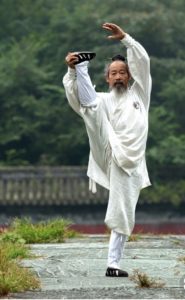 Another major branch of the Healing Tao system is the Iron Shirt Qigong. There are three levels of Iron Shirt Qigong and a lot of these involve standing postures. Standing helps one find a sense of stillness, rest, relaxation, and the ability to be grounded and rooted in your movements.

The second branch of the Iron Shirt involves tendon exercises where you’re stretching the tendons and loosening them up, and re-growing the tendons.

I think the Iron Shirt practices (for the grounding, the rooting, the tendons, the bone marrow) are a wonderful branch of the Healing Tao and good for really anybody at any age to gain stillness, stability, a connection with the Earth and increased bone density. What’s better than all of that? Try it! -andrew