“Overindulgence in the five emotions – happiness, anger, sadness, worry or fear, and fright – can create imbalances. Emotions can injure the energy, while seasonal elements can attack the body. Sudden anger damages the yin Energy; becoming easily excited or overjoyed will damage the yang energy. This causes the energy to rebel and rise to the head, squeezing the spirit out of the Heart and allowing it to float away. Failing to regulate one’s emotions can be likened to Summer and Winter failing to regulate each other, threatening life itself.” – The Yellow Emperor’s Classic on Internal Medicine 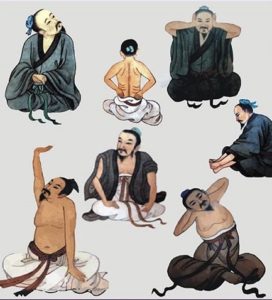 “In the old days the sages treated disease by preventing illness before it began, just as a good government or emperor was able to take the necessary steps to avert war. Treating an illness after it has begun is like suppressing revolt after it has broken out. If someone digs a well only when thirsty, or forges weapons only after becoming engaged in battle, one cannot help but ask: Aren’t these actions too late?” -The Yellow Emperor’s Classic on Medicine